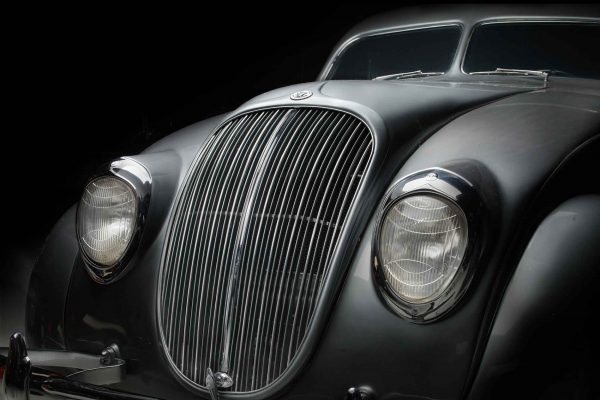 Some of the greatest styling innovations took place during the hard times of the Great Depression.  It was during this period that automotive stylists began experimenting with and producing aerodynamically formed motorcars.  Whether or not they were scientifically tested, each creation brought about drastic changes in the way consumers viewed the aesthetics of the car.  This exhibition will showcase a selection of both concept and production cars which illustrate the design language we call, streamlining.

Your ticket for the: Streamlined: Style in Motion