Close
The Ford Mustang: The Right Car at the Right Time

The Studebaker National Museum > Blog > Special Exhibitions > Ten Cars that Changed the World > The Ford Mustang: The Right Car at the Right Time

The Ford Mustang: The Right Car at the Right Time

“The sporty look of a Ferrari, the economy of a Volkswagen, and the appeal of a Thunderbird.” That’s what Ford vice president Lee Iacocca had in mind for his “youth car.” His hand-picked team refined those seemingly contradictory guidelines into more specific goals in early 1961. The new car needed a room for four and an ample trunk. It needed a long hood – to suggest power – and a short rear deck – to suggest speed. Weight had to stay below 2,500 pounds while price couldn’t exceed $2,500. Most importantly, the car needed a long list of options – to encourage customer personalization and (not incidentally) boost profits.

Company chairman Henry Ford II wasn’t about to spend hundreds of millions of dollars developing an all-new car in those post-Edsel years, so Iacocca’s team chose the unassuming but proven Ford Falcon compact as the platform for their new car. Two in-house styling teams were pitted against each other and, in summer 1962, produced the winning design. An outside advertising agency worked on the name, pitching everything from “Cheetah” to “Torino.” But no name captured the team’s imagination like “Mustang.” It evoked open spaces, untamed freedom and – in the words of one executive – was “American as all hell.”

For a born salesman like Iacocca, there was only one event big enough for Mustang’s launch: the 1964 New York World’s Fair. The splashy venue ensured maximum press coverage. Customer appetites were further whetted by an enormous marketing blitz. Ads ran in 2,600 newspapers across the country, primetime TV commercials aired on all three networks, and Mustang (and Iacocca) made the covers of Time and Newsweek. “Mustang Mania” followed. Ford had hoped to sell 200,000 Mustangs in the first model year. It sold 22,000 in the first weekend. By the fall of 1965, nearly 681,000 Mustangs found buyers. It was only the beginning of a run that’s lasted more than 50 years and made Mustang into a lifestyle.

What was the secret of the Mustang’s success? It was the right car at the right time. Lee Iacocca’s instincts were dead on. Young people wanted a car that looked sporty, carried a modest price, and could be accessorized to their individual tastes. General Motors, Chrysler and AMC had nothing to match it, giving Ford a lock on an untapped market. (To be sure, Camaro, Firebird, Challenger and Javelin were soon to come.) The splashy, media-savvy debut didn’t hurt either.

For marketers, Mustang became a textbook study in promotion done right. For gearheads, it came to rival Corvette as America’s automotive icon. And for automakers, it proved once again that timing is everything, and that knowing your customers is the best business strategy of all.

Matt Anderson is the John and Horace Dodge Curator of Transportation at The Henry Ford in Dearborn, Michigan. He oversees the development, care and interpretation of the museum’s collection of more than 275 automobiles. Matt also curates the museum’s railroad and aviation collections. He currently serves as president of the National Association of Automobile Museums. Matt has previously worked at the B&O Railroad Museum in Baltimore, Maryland; the Studebaker National Museum in South Bend, Indiana; and the Minnesota Historical Society in St. Paul, Minnesota.

This series of essays explores the vehicles that made up our Ten Cars that Changed the World exhibition.  The exhibition was a partnership with the Society of Automotive Historians. 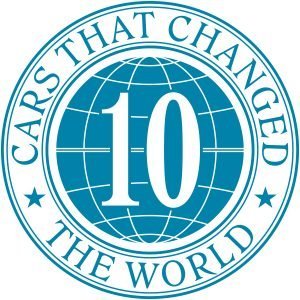 Your ticket for the: The Ford Mustang: The Right Car at the Right Time

The Ford Mustang: The Right Car at the Right Time