March 31, 2021
Special ExhibitionsStudebaker at the Brickyard 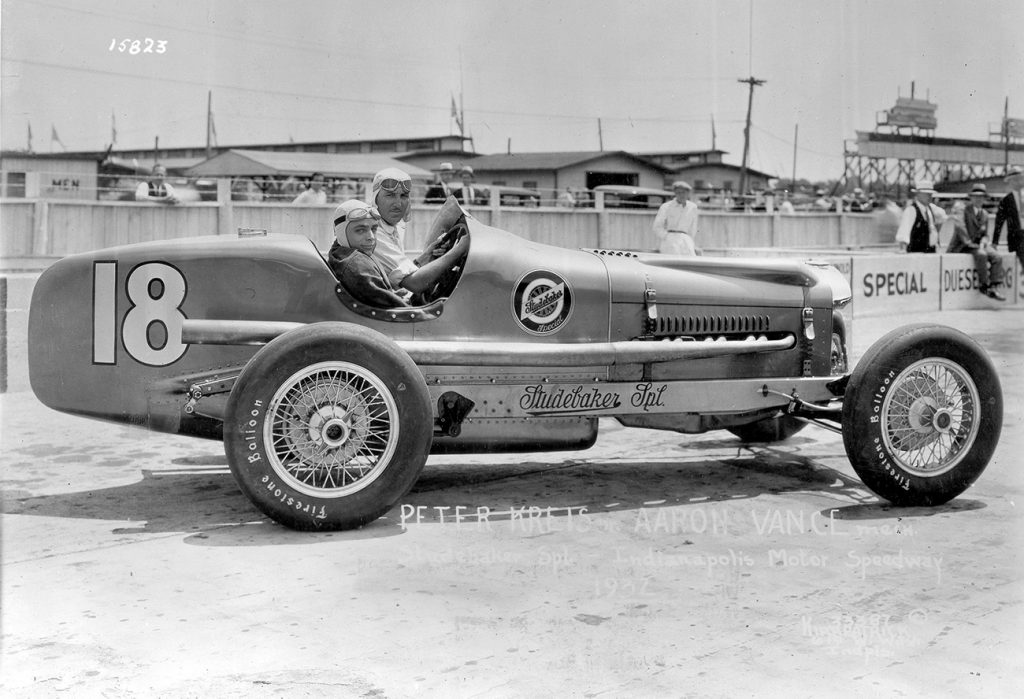 I knew after the first few laps of the race that the terrific pace the leaders were setting would soon wear out most of the cars so I chose to hold my average speed within striking distance and made a definite bid for a formidable position later on.

In the 59th lap, the right rear tire blew out and I skidded in front of Billy Arnold who went over the fence, and out. Later one of my rear tires blew out and threw me into another skid. This is the time I came into the pits with the tire on fire, laying down a screen of smoke, which fortunately was quickly blown off the track.

I wasn’t in the money (top ten) until the 350 mile mark. At 450 miles, the records show that I had climbed to sixth place. Then, on the 192nd lap, with but twenty miles to the checkered ag, another tire failed as I was going into the south turn. My car skidded dangerously and smacked the wall. I felt darned bad about that, but it was just one of those things. I can’t say too much for that car – it was running perfectly when I crashed and I know I could have gone another 500 miles. And it only used two quarts of oil for the entire race. All during the race, I felt that if my tires
would stand the terrific wear, I could finish well up among the leaders, for that husky President motor never missed a tick.”

Your ticket for the: The Driver Speaks: Peter Kreis