In 1967, Studebaker merged with Wagner Electric and the Worthington Corporation to form the Studebaker-Worthington Corporation and described itself as “a major manufacturer of automotive and electrical products.” In 1977, “Studebaker” disappeared from the corporate name following S-W’s acquisition by McGraw-Edison. Few traces of Studebaker’s direct corporate lineage are visible today, although a number of its former subsidiaries remain strong. 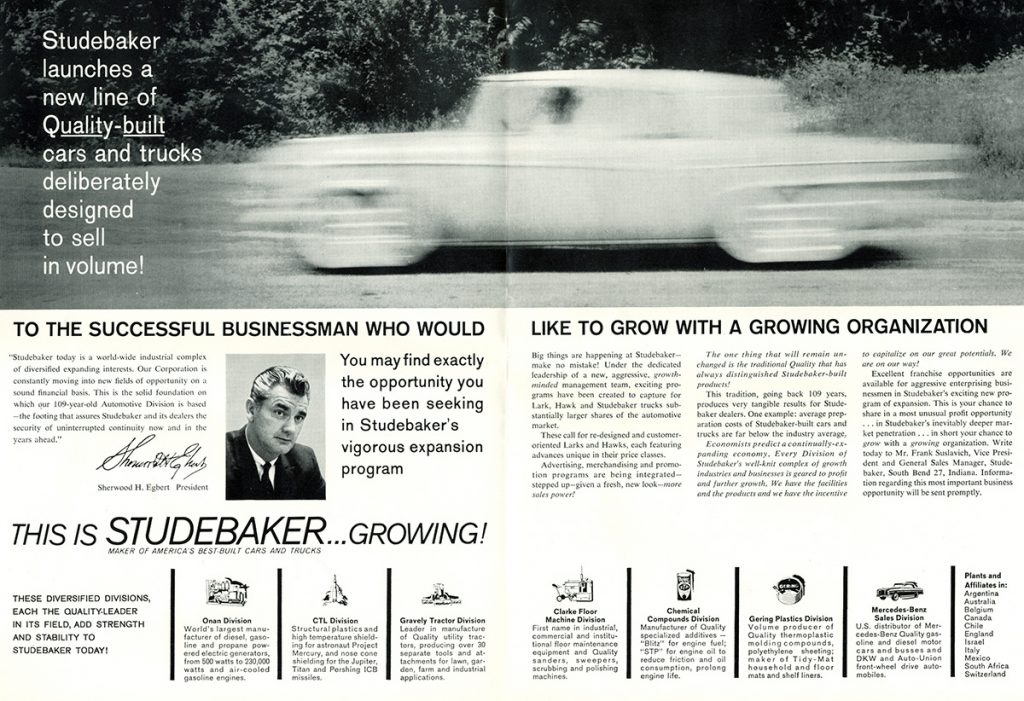 Your ticket for the: Studebaker Subsidiaries