The Studebaker National Museum recently received a 1964 Studebaker Gran Turismo Hawk as a gift to its permanent Collection. This Hawk was formerly owned by Brooks Stevens, an industrial designer who handled Studebaker’s styling program from 1962 to 1964.

After falling sales in the late 50s and early 60s, Studebaker considered discontinuing the Hawk after the 1961 model year. New Studebaker president Sherwood Egbert, however, felt the Hawk was a key part of Studebaker’s line-up and commissioned the Milwaukee-based Stevens to redesign the Hawk for 1962. Working on a minimal budget, Stevens gave the new Gran Turismo Hawk a more formal and upscale appearance. He eliminated the ’61 Hawk’s tailfins and added a Thunderbird-inspired squared-off roofline. The new silhouette combined with a redesigned interior gave Studebaker’s aging Hawk a new lease on life.

The Museum’s new Hawk was a gift from Ron & Betty DeWinter of Mishawaka, IN. It was purchased new by Brooks Stevens and equipped with the optional black vinyl “sport roof,” supercharged R2 engine, disc brakes, and Powershift automatic transmission. It was part of Mr. Stevens’ private museum in Mequon, WI. The DeWinters acquired the car when the Stevens’ collection was sold in the early 1990s. 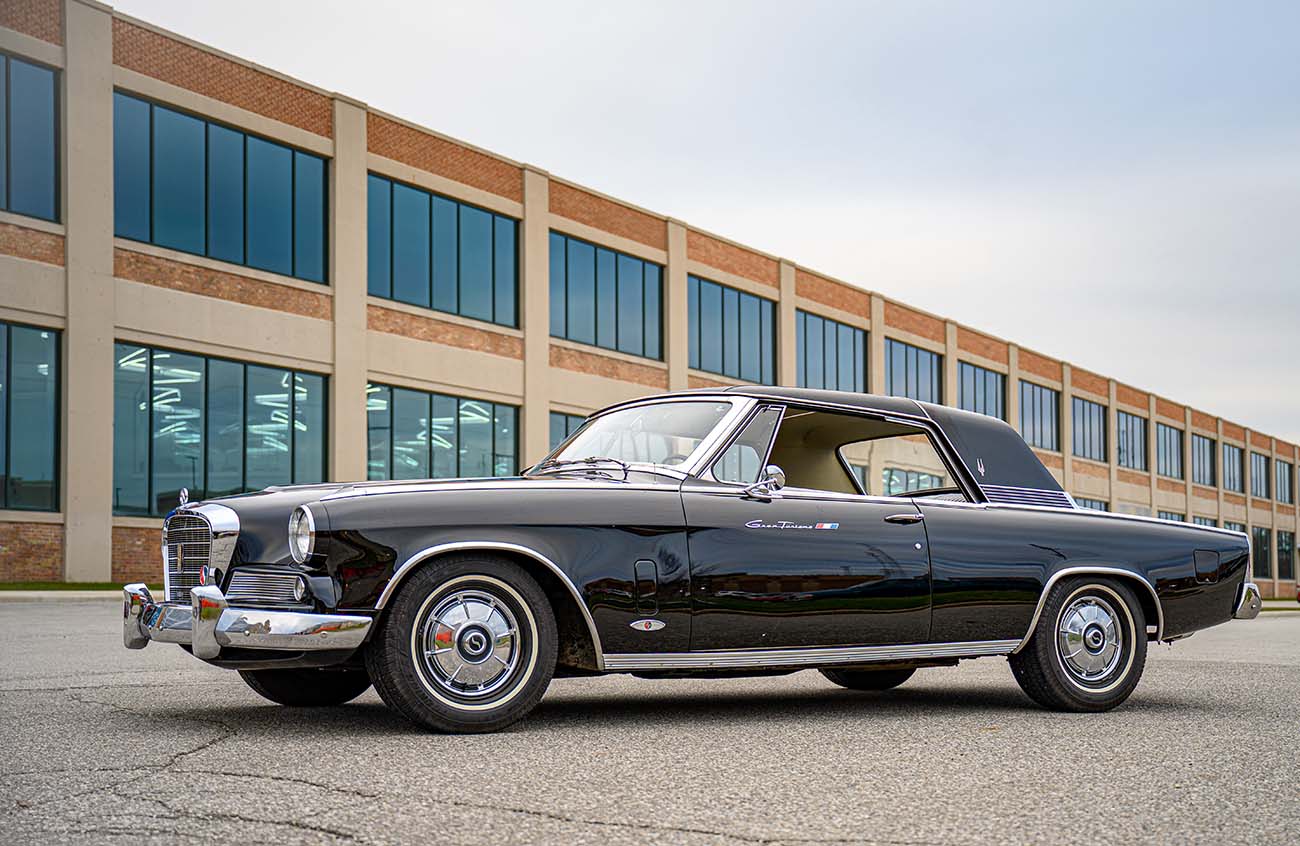