The automobile that became the Rockne was developed by Ralph Vail and Roy Cole, two independent automotive engineers from Detroit, Michigan. In early 1930, Vail and Cole were contracted to create a new automobile for the Willys-Overland Corporation of Toledo, Ohio. Two prototypes were built and received an enthusiastic response from the Willys-Overland board, but the company lacked funds to pursue the project. Vail and Cole retained the design rights as well as the two prototypes. Each man took one car and headed on vacation.

Ralph Vail owned a farm near Michigan City, Indiana. His journey from Toledo took him through South Bend on a Saturday afternoon. With nothing to lose, Vail visited the Studebaker Administration Building and managed to arrange a meeting with Studebaker President Albert Erskine that very day. Erskine was impressed with Vail and his automobile, and before the sun had set he hired both Vail and Cole and slated their new car for production. 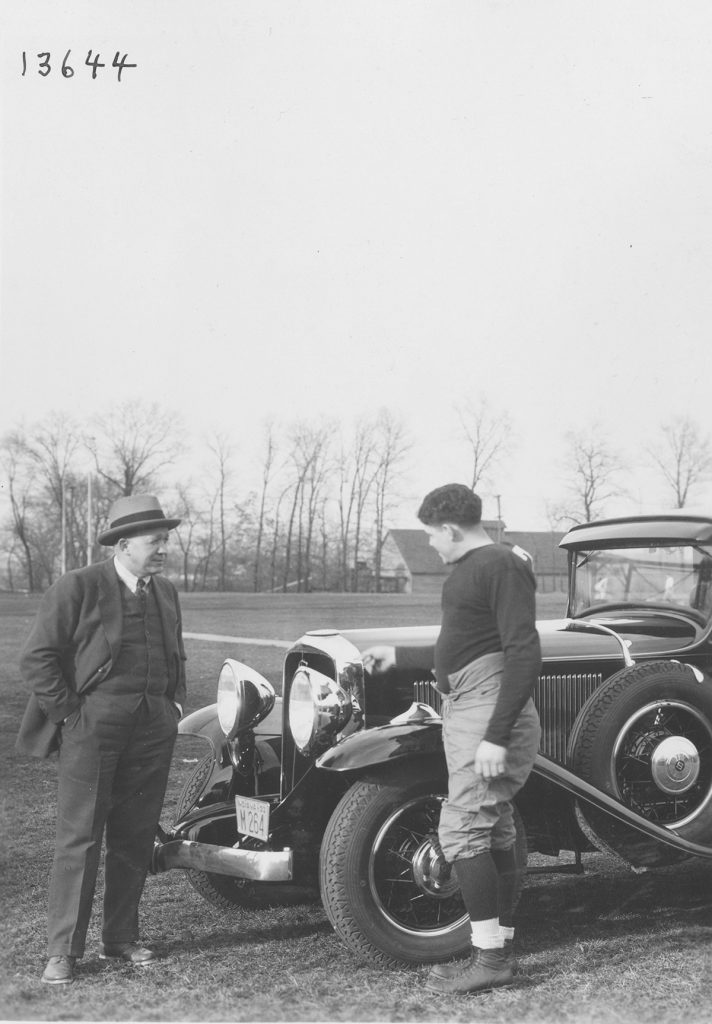 The new car was built by the Rockne Motors Corporation, a newly-created Studebaker subsidiary named for the late Notre Dame Football Head Coach Knute Rockne. In addition to coaching, Rockne served as Studebaker’s Assistant Sales Manager from 1928 until his death in 1931. Contrary to popular belief, there are no images of Knute Rockne and the Rockne automobile. He died eight months before its introduction.

The Rockne was slotted as an entry-level model in Studebaker’s corporate lineup. The Studebaker Corporation, reeling from the Great Depression, had put all of its remaining resources into the Rockne. Although the Rockne was Studebaker’s volume leader, sales were not nearly enough to purge the red ink from the company’s ledgers.

In the spring of 1933 Studebaker entered receivership. The company reorganized and resumed production a short time later, but the Rockne was not among Studebaker’s new lineup. Just over 38,000 Rocknes were built in the car’s two-year production run.

Your ticket for the: The Rockne Automobile