February 2, 2021
Special ExhibitionsStudebaker at the Brickyard 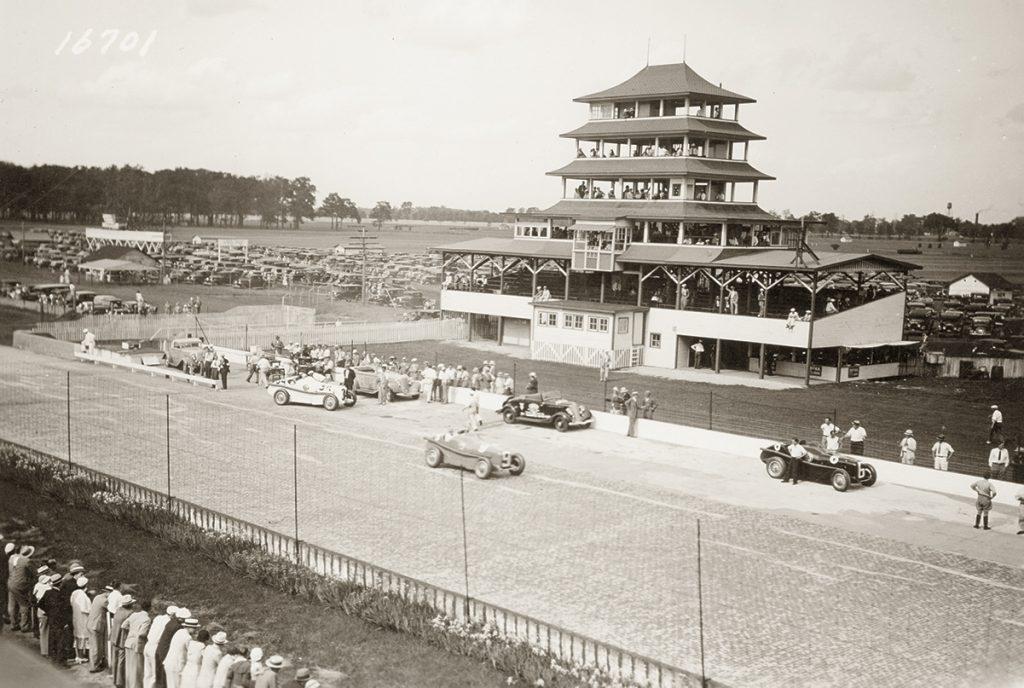 Studebaker returned to the Indy 500 in 1933 with the same five-car team it had in 1932. Four of the five cars received new bodies that were developed with the aid of wind-tunnel testing at the University of Michigan. The engines received some minor tweaks and were relocated in the chassis for better weight distribution but little else was changed. The Studebaker team stuck to its conservative 1932 race strategy, summed up in a company publication as, “Bring ‘em home ahead, if you can, but bring ‘em home!”

The 1933 race was an accident-filled affair. Thankfully, the Studebaker team’s tire problems from 1932 had been solved and none of the Studebaker Specials experienced any mechanical calamities. In the end, only 14 of the 42 entrants completed the full 500 miles – five of those fourteen were the Studebakers. Tony Gulotta in the #34 car (on display) finished a team-best 7th, while the rest of the squad finished in places 9-12.

1933 was the Studebaker Corporation’s last foray into factory-backed competitive racing. The company entered receivership just two months prior to the race. The decision was made to go ahead with the 1933 campaign in large part to keep the Studebaker name in the public eye. Although the Studebaker factory team would not return for 1934, privately-entered Studebaker powered cars continued to compete at the 500 into the late 1930s. The last appearance of a Studebaker-powered entry at the Indianapolis 500 was 1939.