October 16, 2020
Special ExhibitionsStudebaker at the Brickyard 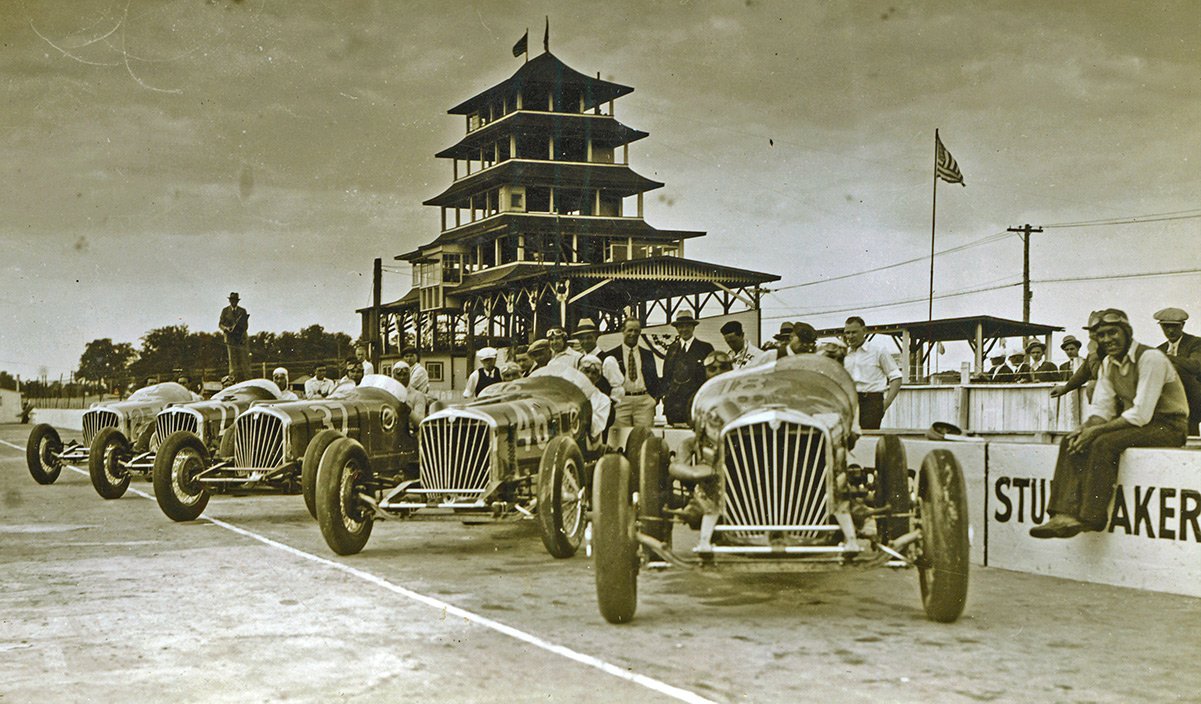 Buoyed by the success of the privately-entered Studebaker-powered racers at the 1931 Indianapolis 500, the Studebaker Corporation fielded a factory-backed five-car team for the 1932 Indy 500. The Studebaker cars were patterned after the Hunt Special and featured chassis and bodies built by Indianapolis race car builder Herman Rigling. Most of the remaining components came from Studebaker’s parts bins – the engine came from the President and the brakes came from the Studebaker Six. Studebaker claimed the cars were “85% stock” and internal memos show they cost just $3,500 each to build.

The Studebaker team’s race strategy emphasized finishing the race above going all-out for a victory. The company’s publicity emphasized the value of the race as an engineering exercise and touted Studebaker’s ruggedness and durability. Still, there was no denying the fact that the Studebaker team was very competitive – the cars and drivers were more than capable of winning the race. It was simply a matter of how the race would play out.

Tire difficulties plagued the team, as blowouts caused unscheduled stops and Luther Johnson and Tony Gulotta’s mounts each lost wheels during the race. The cumulative damage to Johnson’s and Gulotta’s cars eventually put them out of the contest. Peter Kreis and the #18 car (on display) retired due to an accident on the 192nd lap. Cliff Bergere finished the 500 miles in 3rd place, and Zeke Meyer in the #37 car finished 6th.