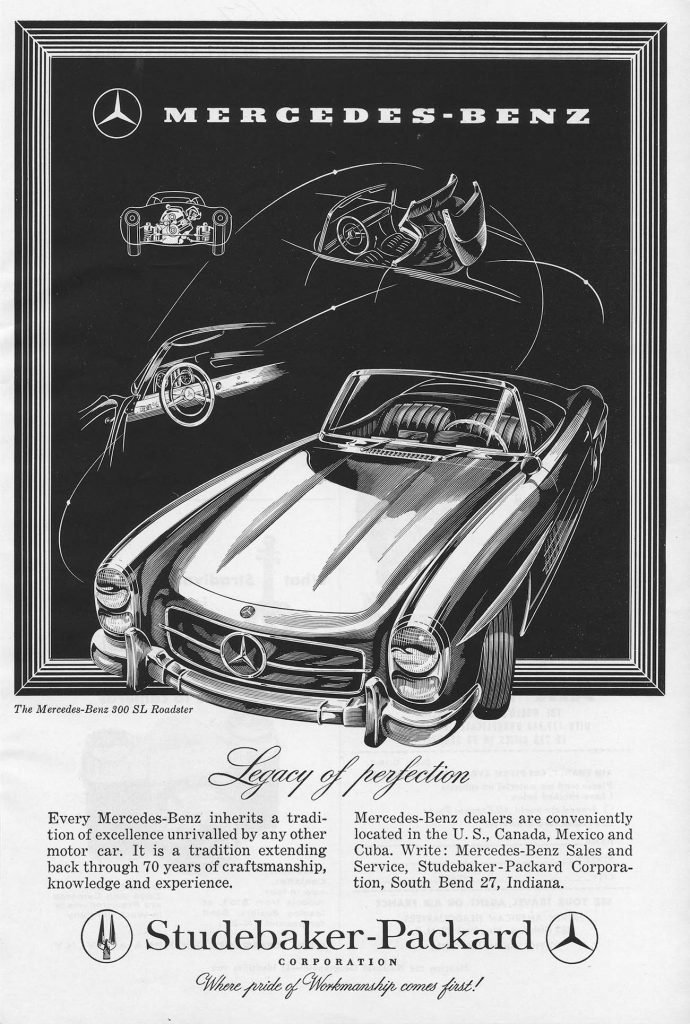 Mercedes-Benz is one of the automotive industry’s oldest and most respected brands. During the mid-1950’s, Daimler-Benz, producers of Mercedes-Benz (M-B) automobiles, was looking to expand its market in the U.S. An agreement was reached in 1957 for Studebaker-Packard to serve as the U.S. distributor for Mercedes-Benz products. M-B, which sold just 36 cars in the U.S. in 1953, now had a ready-made dealer network, and Studebaker, sorely in need of cash, received $5 million. Selected Studebaker dealers added M-B to their lineup, including South Bend’s own Freeman-Spicer. Sales of M-B automobiles increased dramatically. In 1959, M-B retailed just over 12,000 cars in the U.S.

Following Studebaker’s closing of its South Bend plant in 1963, Daimler-Benz began negotiating a buyout of its contract with Studebaker. In the fall of 1964, an agreement was reached for $9 million and Daimler-Benz set up its own North American distribution network. Certain Studebaker dealers, including Freeman-Spicer, continued handling Mercedes-Benz following Studebaker’s shutdown. The M-B brand continues to be an industry leader, thanks in no small part to Studebaker introducing is products to U.S. consumers.

Your ticket for the: Mercedes-Benz