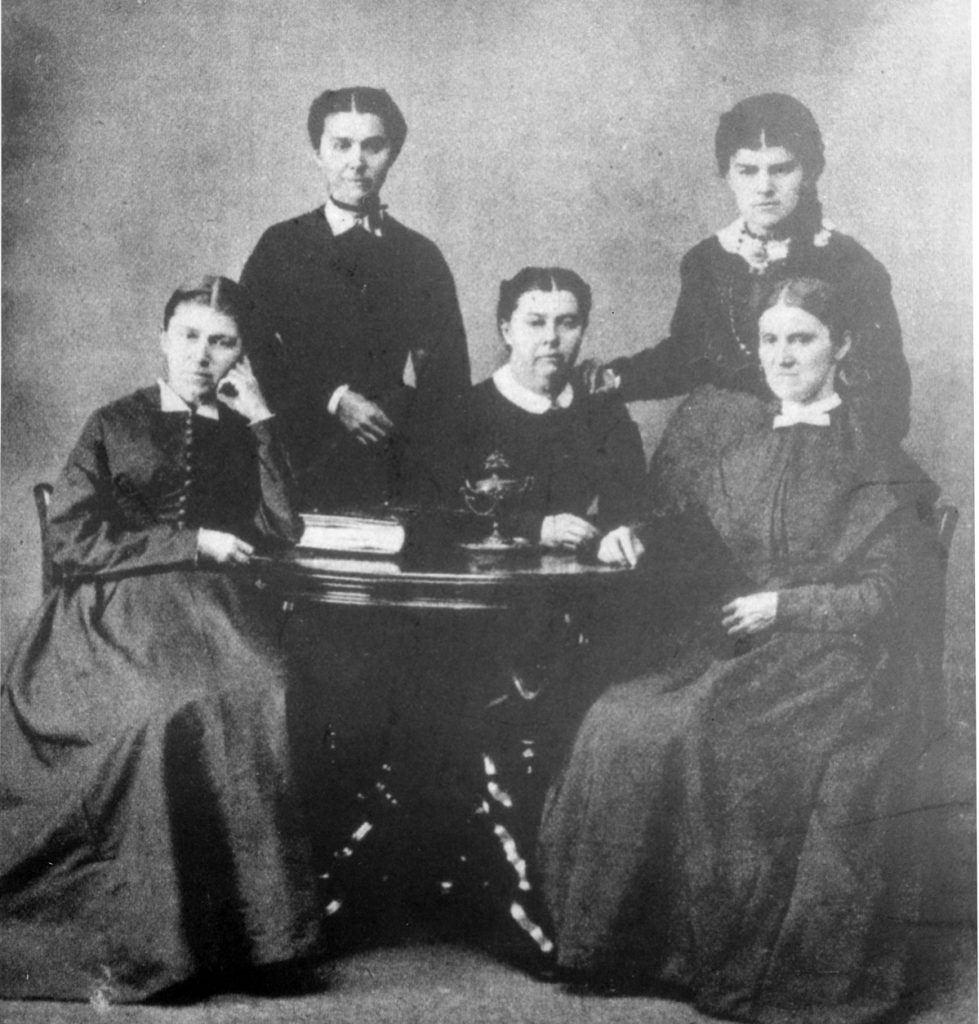 The first Studebaker to permanently reside in northern Indiana was not Henry or Clement Studebaker but their eldest sister Sally (Sarah) Studebaker Welch (1822-1902) and her husband Phillip. They arrived in the late 1840s and operated a toll road running south out of South Bend. The Welches later moved to Goshen where they remained for the rest of their years. Together they had five children. Upon Mrs. Welch’s death in 1902, the Studebaker factories closed early the day of the funeral.

Little is known about Nancy Studebaker Lucas (1825-1872). She suffered from typhoid fever and died at the young age of 47. Her obituary notes that, “She lived a very exemplary and consistent Christian life…” She and her husband John had two children.

Elizabeth Studebaker Witwer (1829-1909) met her future husband, George Witwer at a church revival meeting. Mr. Witwer was an elder in the church, and the two carried on a long-distance relationship before marrying in 1849. The Witwers traveled extensively, living as far away as Hamilton, Missouri before setting in South Bend in 1881. The Witwers had twelve children.

Unlike her older sisters, Rebecca Studebaker (1837-1915) never married. She was a member of St. Paul’s Methodist Memorial church and served as a member of the Women’s Relief Corps, a group dedicated to serving the poor. She and her younger sister Maria were active on the South Bend social scene. For years they hosted a New Year’s Day open house until Rebecca’s death in 1915.

Maria Studebaker (1840-1925), the youngest of the Studebaker sisters was also the last surviving sibling from that generation. “Aunt Maria” as she was known, lived on the site of the Studebaker’s first South Bend homestead at the northwest corner of LaSalle and Taylor Streets. Like her sister Rebecca, she never married, but did foster a number of children in her home. Upon her death in 1925, the bell at the St. Paul’s was rung for each year of her life.

Your ticket for the: Meet the Studebaker Sisters