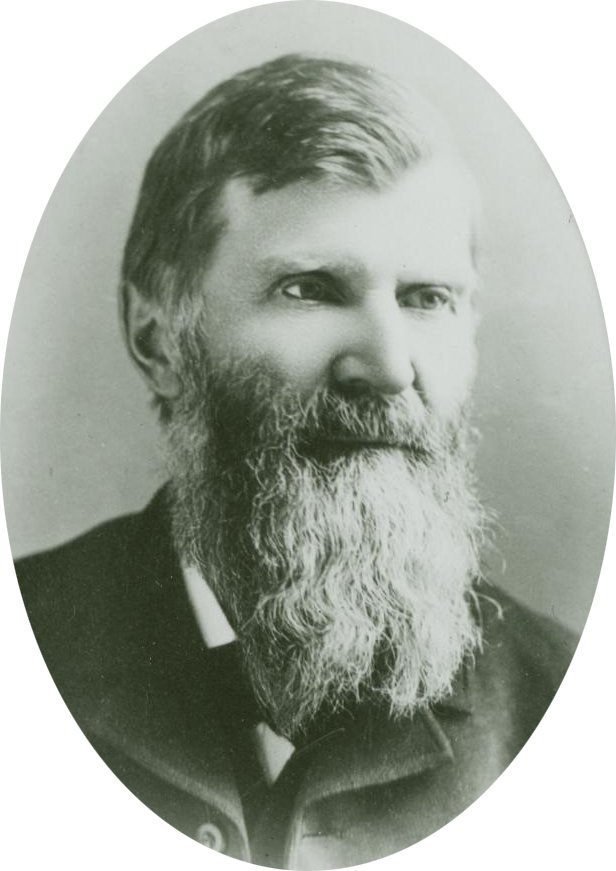 Henry Studebaker was the eldest of John C. and Rebecca Studebaker’s thirteen children. He was born in East Berlin, Pennsylvania, on October 5, 1821 and moved with the family to Ashland County, Ohio, when he was in his teens. Once in Ohio, Henry learned the blacksmith trade, spending summers at the forge while attending school during winter months.

Henry was the first of the family to visit northern Indiana, arriving in Goshen in 1847. He took employment in a blacksmith shop, but returned to Ohio a few months later. As he had sold his horse upon arriving in Goshen, he walked the entire way back to Ashland.

He returned to Indiana in 1851 along with the rest of the family. Henry is credited with building the wagons used by the family for this journey. On February 16, 1852, Henry and his younger brother Clement opened the H. & C. Studebaker blacksmith shop at the corner of Michigan and Jefferson streets in downtown South Bend.

Henry married Miss Susan Studybaker (no relation) in May of 1852. Together they had six children.  Susan died in 1871. In 1873 Henry remarried to Ms. Priscilla Kreighbaum who bore him four more children.

In 1858, Henry sold his share of the firm to younger brother J.M. Studebaker. A couple of different reasons are given for Henry’s leaving the business. His obituary states that he was exhausted after years of toiling at the forge. Other sources indicate he left due to the company accepting military contracts, which conflicted with Henry’s pacifist beliefs. He retired to his farm located on South Bend’s south side where he lived the remainder of his years.

Like his parents, Henry was a member of the Dunkard faith. He abstained from tobacco and liquor his entire life, as did all members of his family. Although a founder of what became the world’s largest wagon manufacturer, Henry was content to spend his retirement years on his farm and out of the spotlight.

Your ticket for the: Meet Henry Studebaker