Close
The Lincoln Highway: Leaders in the Movement for Transcontinental Travel

The Lincoln Highway: Leaders in the Movement for Transcontinental Travel 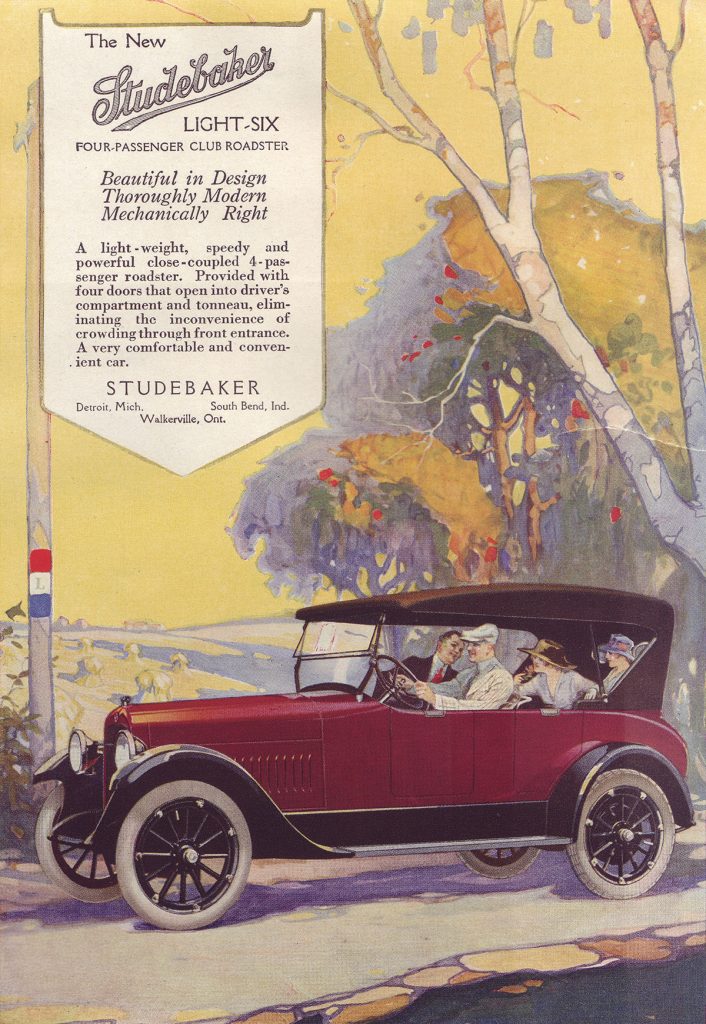 In 1909 Carl Fisher and three partners James Newby, James Allison and Frank Wheeler opened the Indianapolis Speedway. The Speedway’s immediate success was further enhanced with the placement of brick pavers on the two and a half mile track and the establishment of the Indianapolis 500 race in 1911. Automobile manufacturers sprang up across Ohio, Michigan and Indiana, making the Midwest the leader in this new horseless industry.

Yet, by 1912, there were almost no good roads to speak of in the United States. The relatively few miles of improved road were in or near towns and cities. A road was “improved” if it was graded; one was lucky to have gravel or brick. Asphalt and concrete were on the horizon. Most of the 2.5 million miles of roads were just dirt: bumpy and dusty in dry weather, impassable in wet weather. Worse yet, the roads didn’t lead anywhere. They spread out aimlessly from the center of one town to the next. To get from one place to another, it was much easier to take the train. That was soon to change.

Carl Fisher and James Allison recognized the need for good roads and the positive effect roads would have on the auto industry. Fisher, being a man of big ideas, dreamed of a highway spanning the continent, stretching from coast to coast.  He called his idea the Coast to Coast Rock Highway.

Fisher estimated the cost of graveling the road at ten million dollars. He reasoned that communities along the route would provide the equipment and in return would receive free road building materials. The highway would be finished in time for the 1915 Panama-Pacific Exposition in San Francisco. The eastern terminus would be in the heart of New York City – Times Square.

To fund this dream, Fisher and his friend and associate, James Allison, called a meeting at the Athenaeum or German House in Indianapolis to ask auto and parts manufacturers to make donations toward the project. Fisher and Allison also planned a public appeal allowing individuals to support this private effort for a five dollar membership fee.

The Lincoln Highway: Leaders in the Movement for Transcontinental Travel was on display at the Museum in 2013.  This series of articles comes for the displays from that exhibition.

Your ticket for the: The Lincoln Highway: Leaders in the Movement for Transcontinental Travel

The Lincoln Highway: Leaders in the Movement for Transcontinental Travel