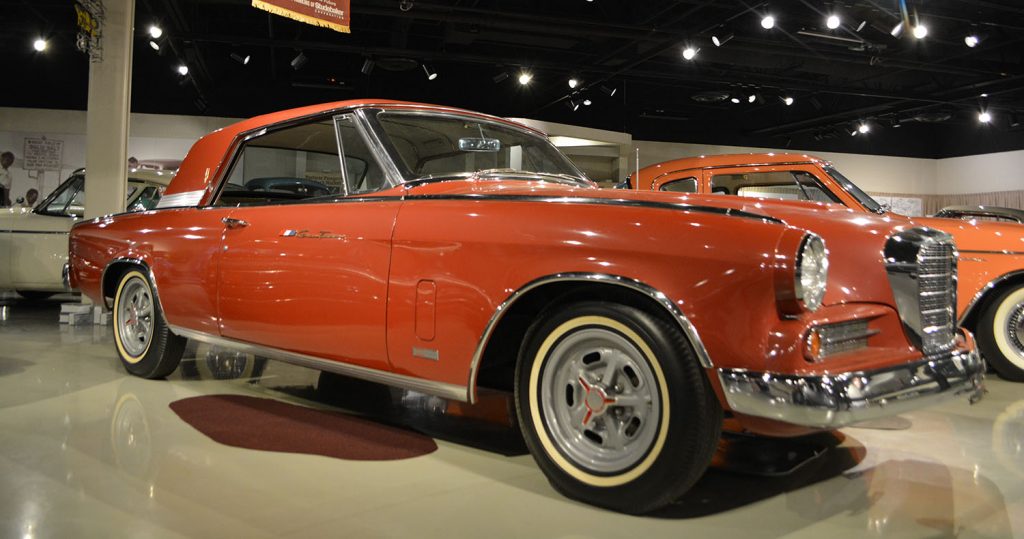 It was the question that plagued Studebaker’s design team: “How can we make the 1963 GT Hawk better than last year?” After noted designer Brooks Stevens captured the essence of previous Studebaker Hawks in a sleek, contemporary body for 1962 that more than doubled Hawk sales, Studebaker engineers racked their brains for an answer. For this difficult problem, a solution lay close to home. The team needed to look no further than the Hawk’s speed-record-breaking sibling, the Avanti. An injection of some Avanti DNA, in the form of high-performance engines, and a few chassis upgrades were the keys to making the Gran Turismo Hawk better for ’63.

Four 289 cubic-inch engines were offered for 1963. The standard engine had a two-barrel carburetor and produced 210 horsepower. An optional 289 engine with a four-barrel carburetor making 225 horsepower was the next step up. Then came the Avanti DNA–two optional “Jet Thrust” Avanti engines. The R1, a naturally aspirated engine, gave the driver 240 horsepower to enjoy, while the top-of-the-line, supercharged R2 engine made 289 horsepower, one horsepower per cubic inch of displacement. The broad range of engines allowed owners to make their GT Hawks anything they wanted them to be, from an economical luxury cruiser to a supercharged hot rod. Available transmissions included a standard three-speed manual, a three-speed with overdrive, a four-speed manual, the “Flight-O-Matic” column-shift automatic, or the Powershift automatic with the shift lever on the floor. 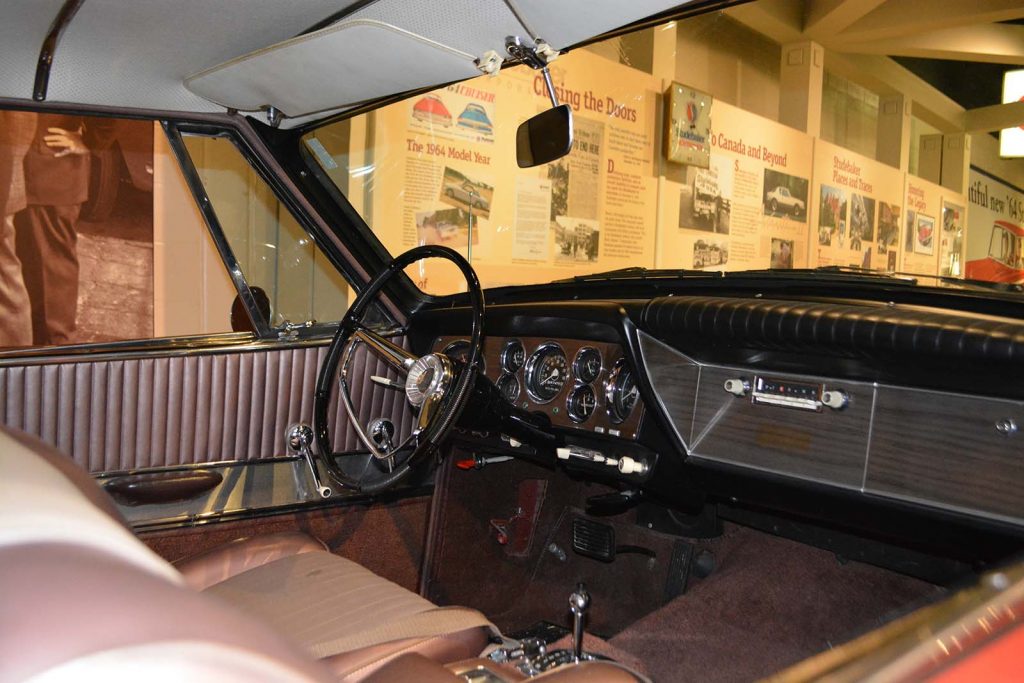 In view of the major styling changes for 1962, only minor restyling was on the table for 1963. Round amber parking lights were located in the side grilles below the headlights and the grilles were now closed off by a panel having a pattern of bright lines over fine mesh. The same pattern of bright lines over fine mesh carried over onto the main grille. The doors carried new red, white and blue emblems next to the “Gran Turismo” script, and other red, white, and blue emblems graced the grille and the trunk lid. New headlamp bezels and a new deck lid facia completed the transformation.

Inside, early in 1963 production the passenger side of the dash now had a woodgrain finish matching the left side in the area around the instruments. The disappointing quality 1962 seat vinyl was replaced with a higher quality material and was differentiated from the previous seats by vertical pleats instead of horizontal pleats.

The GT Hawk weighed in between 3,200 and 3,400 pounds depending on optional equipment, but with the new optional “Jet Thrust” engines, it could still get up and go. Motor Trend  reported 0 to 60 mph times of about 8.5 seconds and a standing quarter-mile time of 16,8 seconds. Not too bad for a stock family car in the sixties.

The real performance eye-opener was left to Andy Granatelli, noted speed merchant and vice president of Studebaker’s Paxton Products division, who made a run of over 140 miles per hour on the Bonneville Salt Flats in a production 1963 Hawk with the R2 engine. 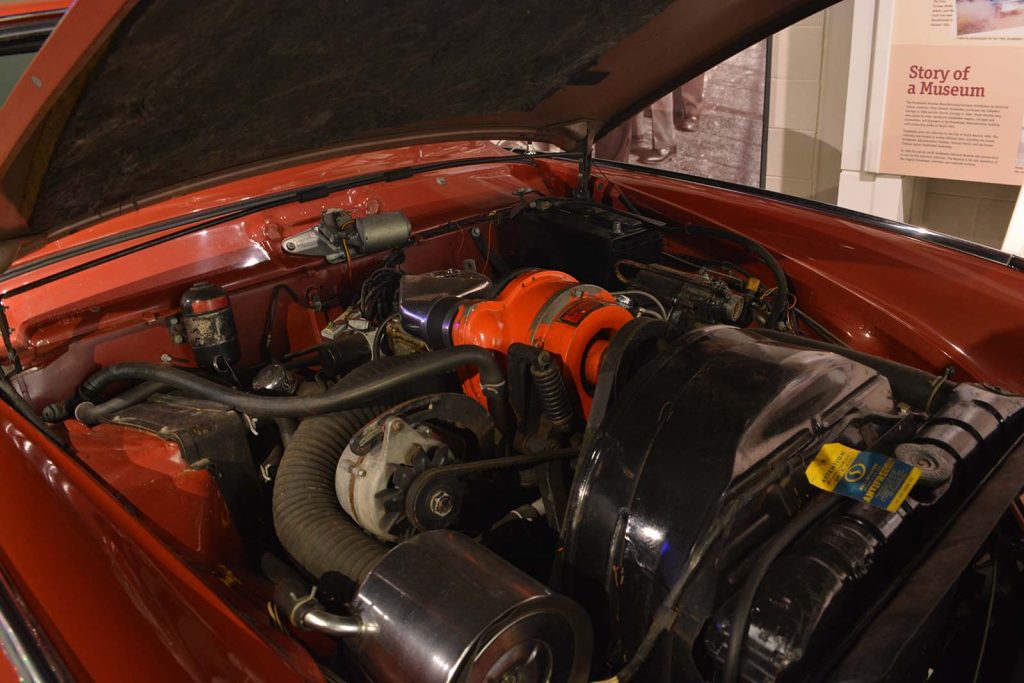 As a complement to the “Jet Thrust” R1 and R2 engines, Studebaker also introduced the high-performance “Super” package in early 1963 mainly to improve the handling of the GT Hawk chassis. The “Super” package equipment included heavy-duty springs and shocks front and rear, front seat belts, front disc brakes, rear stabilizer bar, radius rods, and either a four-speed manual or Powershift automatic transmission. When the “Super” package option was selected, the car became known as a Super Hawk. Car experts generally reported that the GT Hawk with the Super package had surprisingly good handling for a contemporary American car.

Price when new was about $3,095.  Production numbers can be found in the below chart. 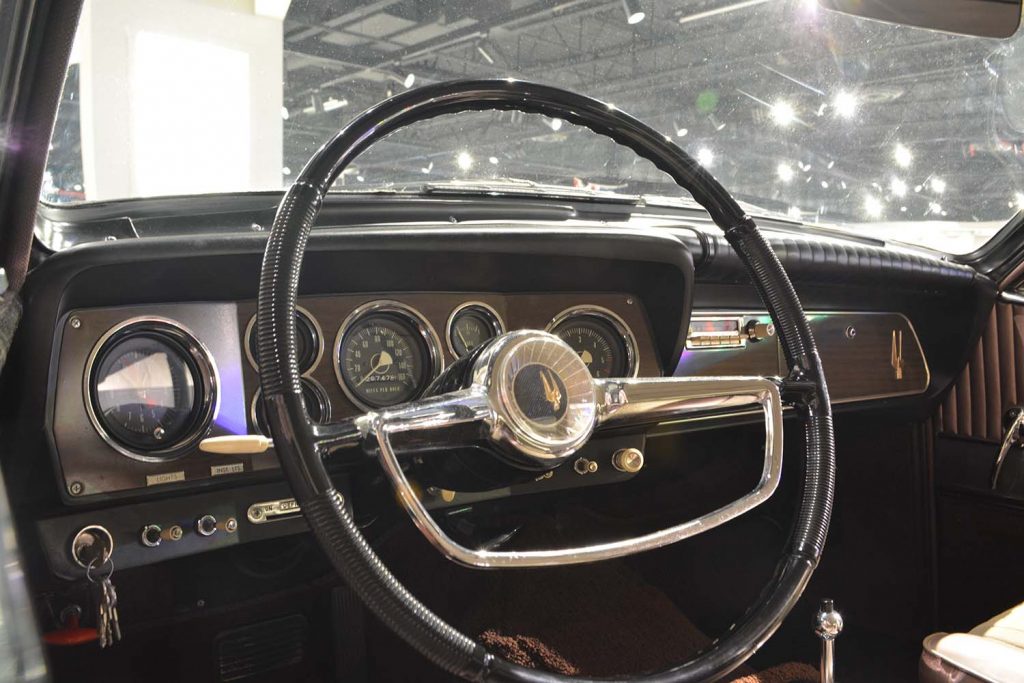 Museum GT Super Hawk
A special Super Red Metallic paint, as seen on our museum car, was available only on Super Lark and Super Hawk models. The museum car is one of only forty-four 1963 Super Hawks made and is exhibited through the courtesy of Nelson Bove.

Your ticket for the: 1963 Studebaker Gran Turismo Hawk by Bruce Troxell