May 12, 2022
Special ExhibitionsStreamlined: Style in Motion

Walter Chrysler was known for his willingness to push the envelope of innovation, and his company’s 1934 Airflow was no exception. Chrysler engineer Carl Breer styled the radical body shape through the use of a wind tunnel. Breer’s colleague, Fred Zeder, created an early ‘unibody’ design consisting of a square tubing skeleton welded to the chassis. The Airflow offered a host of advanced features, including all-steel construction and a vee-profile windshield.

Hailed by the motoring press as revolutionary, the Airflow was spurned by the public as too radical. Low sales saw Chrysler facelift the line to a more conventional look in subsequent model years before discontinuing it entirely in 1937. 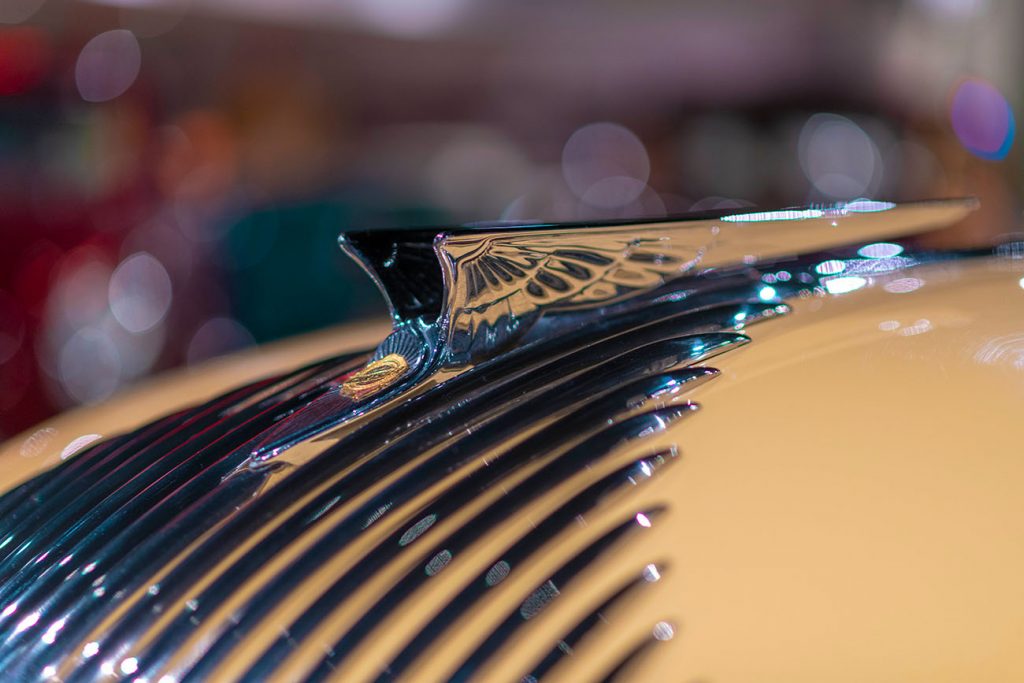 Your ticket for the: 1934 Chrysler Airflow