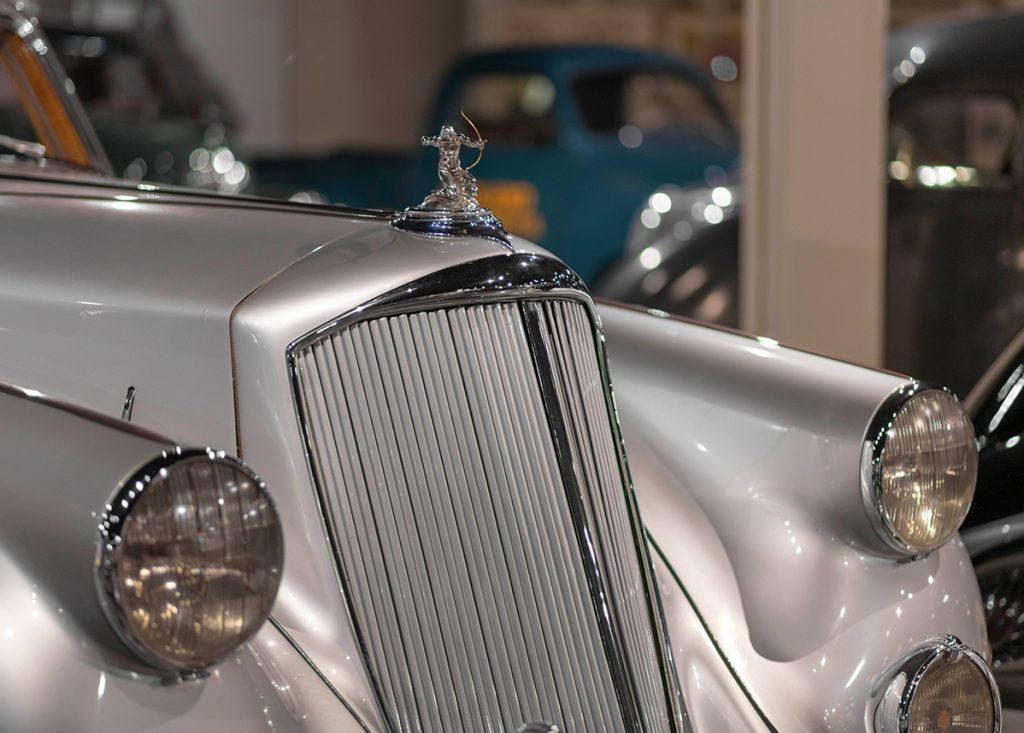 The Pierce-Arrow Silver Arrow show cars were a radical departure for the luxury brand well known for its conservative engineering and design philosophy. The Silver Arrows were designed by P-A designer Phil Wright and feature Pierce’s signature fender mounted headlamps with an aggressively sloped V-shaped grille. Design elements, such as the distinctive fastback tail, were used on the 1934 production model, also named the Silver Arrow.

Five Silver Arrows were built and exhibited at the 1933 Chicago World’s Fair as well as the national auto show circuit. Ultimately Pierce-Arrow sold each example at an astounding $10,000, still losing money on each sale. 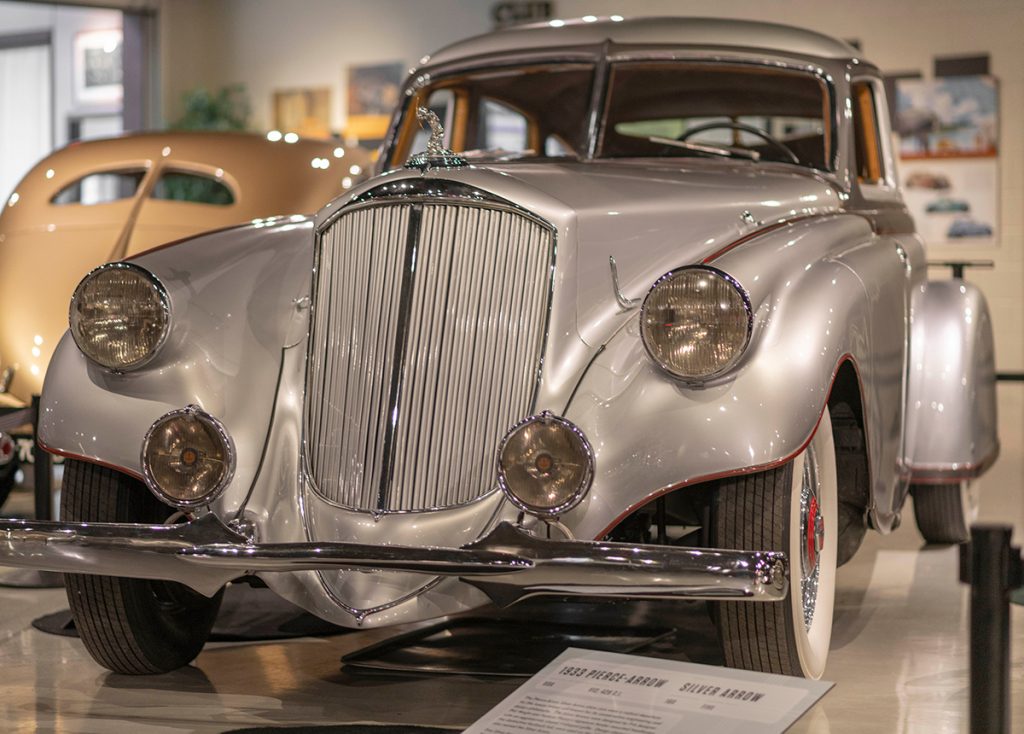 Your ticket for the: 1933 Pierce-Arrow Silver Arrow